Dopamine is a brain neurotransmitter which helps the neurons of the human brain to communicate with each other. Dopamine is an important organic chemical, belonging to the family of catecholamine and phenethylamine. How dopamine really does this job is not known until today. However, researchers have been able to identify several dopamine pathways in the human brain. Dopamine pathways are involved in motor control, reward – motivated behavior, etc. 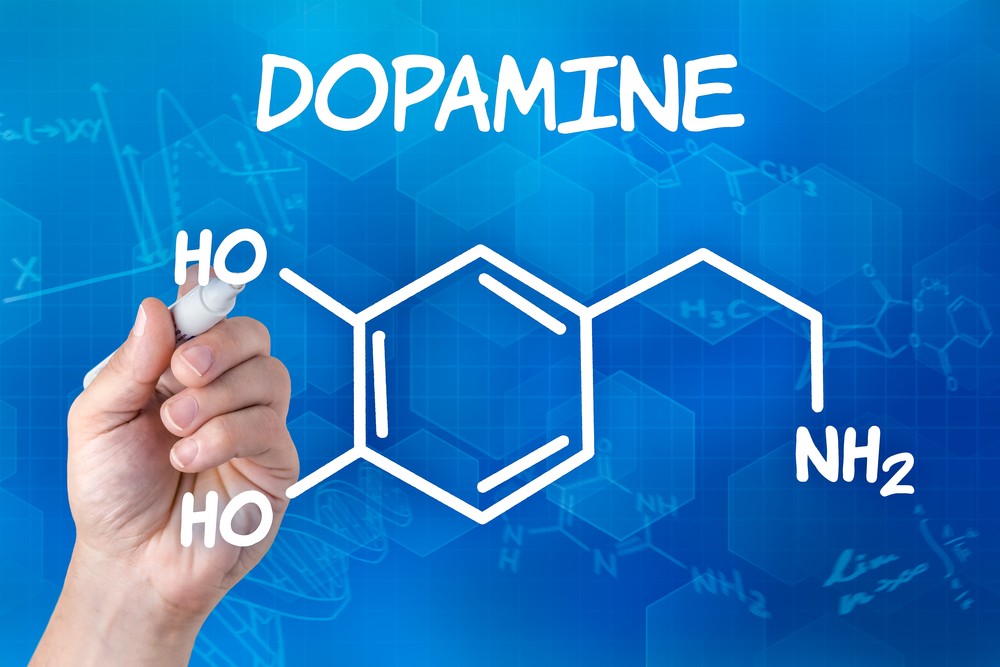 Outside the human brain, researchers have discovered that dopamine mostly works as a chemical messenger. In the blood vessels throughout the human body, dopamine acts as a vasodilator and it inhibits the release of norepinephrine as well.

Dopamine also plays an important role when it comes to sleeping, learning, memory, behavior, etc. The reward hormone, as it is commonly referred to, is associated with extreme pleasure, which makes a person want to repeat the same action again in order to get that feeling of pleasure.

Where is dopamine produced? Dopamine is synthesized mainly in the neurons of the human brain, as well as, in the adrenal glands and medulla. (1, 4)

It is very important for overall health, including for the proper synthesis of dopamine in the human body. A lack of good nutrition is believed to be related to dopamine deficiency. Eating constantly fatty foods and sweets leads to a reduction of the number of dopamine receptors inside the human brain. Normally, alcoholic beverages and sweets increase the dopamine temporary as they make us feel good. However, they are known to cause a dopamine crash, which will lower the levels of dopamine even more than they were before consuming these alcoholic beverages or sweets. Alcohol and even sweets can lead to food cravings and addiction.

Being overweight and especially being obese will lower the levels of dopamine in the human body, often leading to dopamine deficiency. The number of dopamine receptors in the brain is reduced as well.

It is known to affect the human body in many different ways. It looks like stress has an impact on the synthesis and function of the dopamine as well. Normally, dopamine will help us cope with stress. However, too much and constant stress over a long period of time will have a negative impact on the dopamine levels in the body, lowering its levels as well as reducing the number of dopamine receptors in the human brain.

Drugs are known to reduce the levels of dopamine in the body, interfering with its synthesis, function and even the number of dopamine receptors in the human brain.

Do you feel like there is no joy in your life and you have somehow stopped living? Well, dopamine deficiency might be its cause. As dopamine is known to be the reward hormone and its function is related to many actions leading to pleasure and satisfaction, low levels of dopamine will make you lose the joy in life and prevent you from enjoying many daily life activities such as sex, listening to music, walking, spending time with family and friends, etc. People with low levels of dopamine can hardly wake up in the morning, feeling sluggish all the time and having a very difficult time to get going in the morning and through the day. (1, 2, 3, 4)

Other common signs and symptoms of dopamine deficiency include:

Low levels of dopamine are related to many mental health problems such as Parkinson’s disease, depression, ADHD, addiction, etc. (1, 2, 4)

Parkinson’s disease is a neurodegenerative medical condition starting usually with a slight hand tremor. As the disease progresses, the body loses its ability to regulate its movements. According to the National Parkinson’s Foundation, a person diagnosed with Parkinson’s disease has also low levels of dopamine.

As Parkinson’s disease is related to dopamine deficiency, its treatment includes drugs that will increase the levels of dopamine in order to control its signs and symptoms related to body movements and emotions. With time these drugs become less effective as the human body stops responding to them. 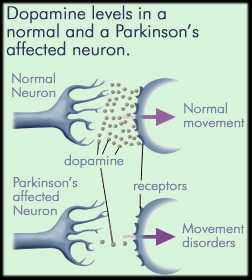 Depression is a common symptom of dopamine deficiency. The more depressed you are the lower will the levels of dopamine will be. The signs and symptoms of depression will get even worse, making a person have no feelings of satisfaction at all regardless what they are doing or with whom they are spending their time.

Until today the underlying cause of Adhd (attention deficit hyperactivity disorder) is not known. However, researchers believe that Adhd is related to an abnormal function of dopamine in the human brain. As dopamine is critical for being focused and maintaining focus, such an explanation is logical. However, further researches are needed, even though all the medications used for the treatment of Adhd aim to increase the levels of dopamine and norepinephrine in the human body.

Dopamine deficiency is related to many addictions including addiction for drugs, alcoholic beverages, gambling, sex, shopping, etc. The most common ones are the addiction to drugs and alcohol.