What is Cricoid Cartilage?

Cricoid Cartilage is a ring-shaped structure found at the top of the trachea and at the base of the larynx in vertebrates. It consists of elastic tissues which attach other ligaments in the laryngeal Wall that help in the coordination of the glottis.

The word ‘cricoid’ is borrowed from Greek “krikoeides” because of its shape. It is actually what is known as the Adam’s apple or voice box that is commonly visible in men. 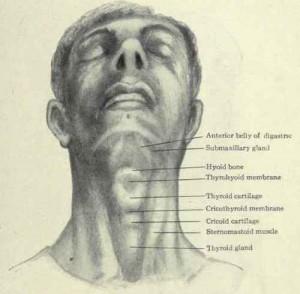 It is part of the six cartilages of the larynx of which the other five are;

It is made up fibrous tissues forming a spoon like shape and is normally attached to the thyroid gland. The epiglottis and cricoid cartilage forms the unpaired part of the larynx contains a pair of hyaline and is commonly known as the Adam’s apple.

It appears on top of the arytenoid cartilage

It is found on the folds of the aryepiglottic and it lacks articulations in its structure.

The cricoid cartilage is the largest among them and forms the sixth level. It is made up hyaline which is the reason for its susceptibility to calcification/ossification in old age.

It is connected to the thyroid by the cricothyroid ligament at the center while the cricothyroid joints form part of the posterior connection. The C- shaped rings form continuously having a gap at the back to allow food to pass through the esophagus.

The cricotracheal ligament is what connects the cricoid ligament to the first tracheal ring.

The back side of this cartilage is a little bit wider and hence it is known as the lamina while the front side is narrower thus referred to as the band or arch. It is the only cartilage that is complete compared to the rest. 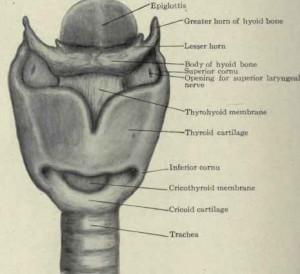 The cricoid cartilage is functional in that;

The cricoid cartilage is usually pressed by an anesthesiologist as he introduces a cannula tube just before surgery begins.

This is done in order to counter the occurrence of gastric reflux since the esophagus behind the cartilage is squeezed as pressure is being exerted on it, a process referred to as Sellick Maneuver.

This method was the most preferred in Rapid Sequence Induction in the past and is still used today by medical experts during resuscitation by use of BVM and in the case of emergent oral endotracheal intubation.

However, this method cannot be fully beneficial to human health according to recent studies. This is because:

During application of pressure, the cricothyroid membrane has to be identified first and an incision made on it. The incision should be then followed by a tube insertion immediately to keep an open airway and save the patient’s life. Risks involved include:

In some cases, patients might suffer the risk of hemorrhage when performing an incision. This could be as a result of the thyroid gland being stemmed off by the presence of a pyramidal lobe.

This lobe therefore hinders cricothyrotomy since the region will be occluded putting the patient at risk.

A medical procedure cricoidectomy can be performed on patients to extract a part or the whole cricoids cartilage from the throat.

This is done to ensure there are no obstructions or any kind of blockage in the trachea that could be as a result of ossification and calcification of the cricoid hyaline.

In most cases, the old aged people suffer from blockage in the trachea resulting in breathing problems. Those affected suffer from serious pains in the throat or trachea and require medical attention that may involve this procedure.

To find problems associated with the cricoid cartilage, a CT scan can be performed by a surgeon or doctor with the expertise. It is therefore important to go for medical examination especially for the aged individuals who suffer a great risk of tracheal related problems.

An early diagnosis and detection of the complication can create enough room for early treatment and also prevent the problem from maturing to its severe stage.

Cartilages that mostly suffer from fractures are the cricoid and thyroid. Fractures in these two structures would be as a result of trauma or physical injuries.

In case of a fracture, a patient is likely to swell around the laryngeal area and sometimes bleeding (hemorrhage) may be experienced. This can in return lead to health complications such as blocked airways and obstruction of speech. 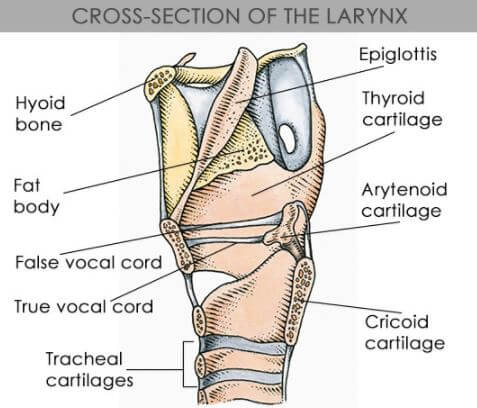 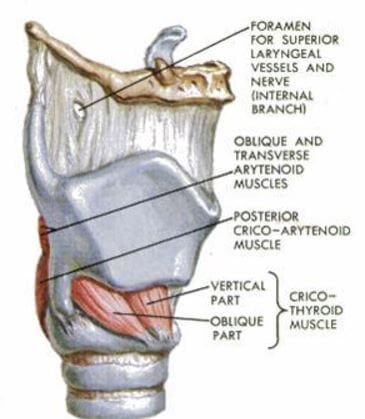 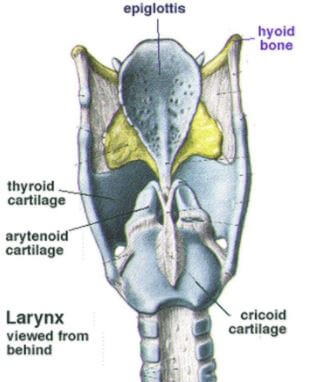