Your normal urine should have a pale yellow color to gold appearance. The way in which your urine smells and looks or the frequency of urination could say something about your health. Urine has some ammonia odor, but in most cases, it is not prominent enough, so you cannot be able to smell it when you urinate. If you find that your urine has a strong ammonia smell, you may want to consult a doctor for further examination. 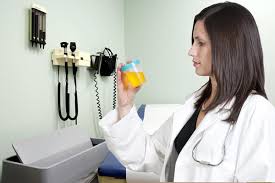 When not to Worry?

Urine has urea, which is a byproduct of the metabolism of protein in body. Urea has a connection with ammonia, and this is the reason why your urine smells like ammonia. A strong smell of ammonia could mean that your urine has a high concentration of waste products.

Your urine is made up of water, and other components like salt and chemicals, and in normal circumstances it does not bring out a strong odor. Some foods, infections, and not drinking sufficient water can contribute to the smell of ammonia in the urine.

In most cases, you may not need to worry about it, but if it is occurring persistently, you may want to check with a doctor.

The smell may be caused by a simple thing as dehydration or taking some food items like asparagus, but at other times, there may be a medical condition, which is causing ammonia smell, for example, urinary tract infection, kidney disease, or liver infection. Besides the strong smell, you may also find that your urine is cloudy, and you feel pain when urinating, or you have fever.

There are many things that can cause your urine to have ammonia smell. These may range from lack of enough water in body to serious conditions like an infection.

When you don’t drink sufficient water, it could result in dehydration and this, in turn, could cause the urine to have ammonia smell. This odor comes from the chemicals in urine, which tend to be concentrated when your body has insufficient water. There may also be bubbles seen in your urine when you urinate. Lack of water may also cause the urine to appear more brownish or dark honey in color.

Your urine could also smell like ammonia when you take some food items. Asparagus can cause the urine to have this odor and it also gives it a green tinge. Foods that contain large amounts of vitamin B-6 could make your urine have a strong odor. Having food that is high in protein may also increase acid levels in the body thus making the urine have ammonia odor.

Small mineral deposits occurring in kidney or bladder may also create the ammonia smell in urine. Kidney stones can be painful if they become large. The mineral deposits can also block the urine passages, something that may cause an infection. According to doctors, urinary stones are a possible cause for the ammonia-like smell.

If you have UTIs, they could make the urine have a foul smell consisting of ammonia-like odor. When bacteria affect your urinary tract or bladder, they can cause an infection, which makes you feel pain when urinating. UTIs may also cause white blood cells or leukocytes to be found in urine in addition to nitrites. When bacteria are found in urine, they make it smell bad. It could also turn bloody or cloudy.

Being pregnant brings about higher chances of your urine to smell like ammonia. The reason why this may happen is because pregnant women tend to be at risk of contracting UTIs, which can lead to foul smell that has ammonia-like odor. According to The Scholars Journal of Applied Medical Sciences, it reports that biological alterations occurring in pregnant women may influence them to having UTIs.

If you have kidney disease, it could result in high concentrations of chemicals found in urine. This may create the ammonia smell you get in urine. Mayo Clinic researchers say that kidneys help in regulating the amount of ammonium that is in urine. So, when the urine becomes too acidic, it brings the ammonia smell and it also increases the risk of having kidney stones.

Dr. Anuja Shah from the David Geffen School of Medicine points out that dysfunction of the kidney may result in bacteria and protein being present in urine. These may allow ammonia to be released in a person’s urine and it also increases pH levels.

Your liver is responsible for removing toxins from your body. It also helps in digestion of food. If your liver is infected, you may have increased amount of ammonia being found in urine thus leading to a strong smell.

Ammonia is released when liver breaks down foods like carbohydrates and fats. Also, liver converts ammonia and turns it to urea, which is passed in urine. Whenever there is damage of the liver, its ability to convert ammonia is reduced, and this could mean that the urine is going to give off that ammonia odor.

Symptoms that may Accompany

Ammonia smell in your urine will manifest in form of a strong odor of ammonia, and this is the initial symptom. There may be other symptoms that could accompany this ammonia-like smell such as cloudy appearance of urine. You may also have blood in urine. Sometimes, you may have a burning sensation, irritation, or itching when you urinate and these are signs that you could have an infection.3

Treatment of Ammonia Smell in Urine

Having ammonia smell in the urine may not necessarily mean you have a serious medical condition, but it can also be a problem for you. There are different things you can do to deal with this situation:3,4,5

Drink a lot of water

The main step to get rid of the strong ammonia smell coming from urine is to drink a lot of water. Take about 10 to 12 glasses of water in a day. It will help dilute your urine and can remove that strong smell or the color. Remain hydrated and you could resolve the problem.

In situations where foul smell of ammonia is being caused by high protein food, you may want to change your dietary habits. You can try taking less of the protein rich food to see if the problem subsides or disappears. The smell should be able to go away when you stop taking too much of protein foods.

You may want to stop use of medications that may be causing the ammonia smell, unless your doctor tells you to continue taking them.

Check up by a doctor

If you have tried these tips and still you are getting the smell, it is best that you consider seeing a doctor. You could be having a medical condition, which is causing the ammonia smell in urine. If there is a burning sensation, itchiness or increased frequency in urination, it is also important to see a doctor. Urinary tract infections such as Candida, bacterial infections, or viral infections will require treatment using appropriate medications.